As a fellow lover of the outdoors, you surely enjoy watching movies about it as well.

Especially during a busy week, when you just can’t wait for the weekend to get outside.

Well, if you don’t know what to watch next, I’ve got you covered!

Here’s a list of the best wilderness movies that will keep you entertained at home.

Let’s be real – when it comes to wilderness movies, we want to see the action! So it’s no wonder that a good portion of such movies is this genre.

Here are some of the best motion pictures that you absolutely need to prepare a bag of popcorn for. After many weeks of working at the oil refinery in Alaska, sharpshooters led by John Ottway are flying back to Anchorage for a short vacation.

However, after major turbulence, the plane crashes and only a handful of men survive.

Far from civilization and deep into the wolves’ territory, the group of survivors must find their way back to safety.

On their way, they must battle hungry wolves, cold weather and heavy injuries. After spending two months working their way up the Mount Everest, the climbing crew encounters an unexpectedly violent storm on their descend.

With harsh weather and sub-zero temperatures, the descent quickly turns into a struggle to survive. After their plane crashes deep into the Alaskan wilderness, the three men – Charles, Rob and Steven – must find their way back to the civilization.

The harsh weather conditions make their task hard, but that’s nothing compared to running away from a bloodthirsty Kodiak bear they encounter on their way.

As if that’s not enough, there’s animosity between Charles and Rob as the former believes Rob is having affair with his wife. 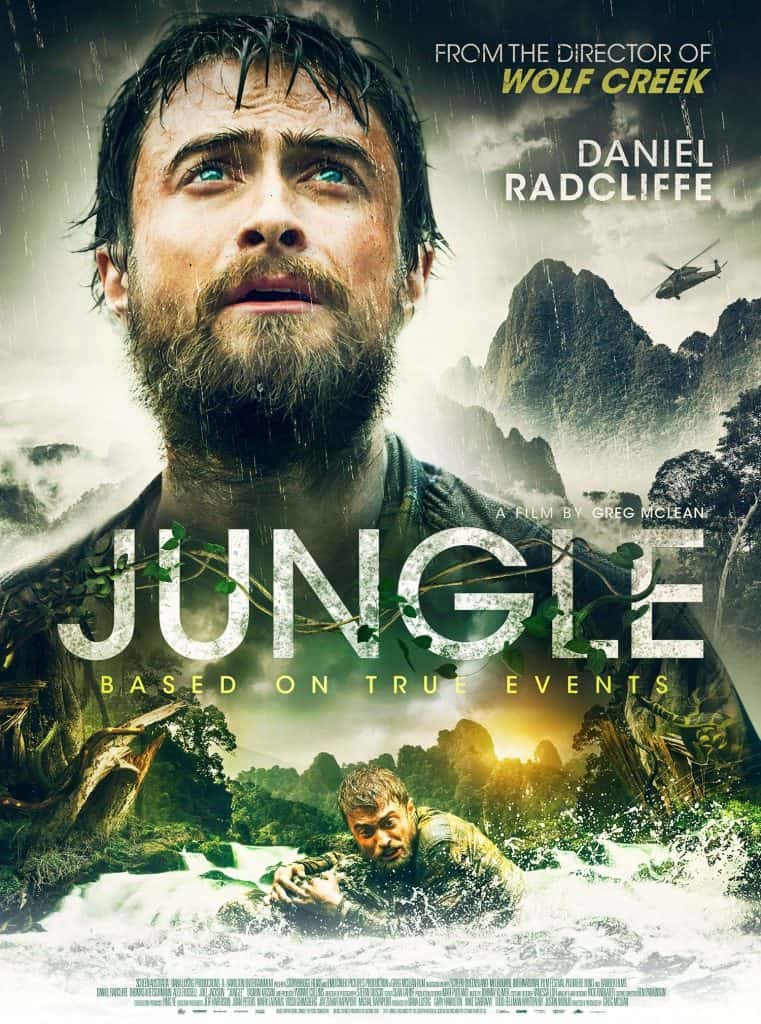 Israeli adventurer named Yossi Ghinsberg and his two acquaintances Marcus Stamm and Kevin Gale are escorted by a mysterious guide into the Amazon forest.

What seems to be a fun hiking trip quickly turns into a fight for survival when they find out their guide is not exactly who he presents himself as. Set in Upper Paleolithic Europe 20,000 years ago, the movie follows Keda, a young hunter who’s challenged by his tribe to kill a wild boar and thus proves he’s ready to be one of them.

But after hearing his fatal cries in the darkness, the party leaves him as they believe he’s done for.

But Keda survives and befriends a lone wolf who becomes his faithful companion on the journey.

Do you prefer intense plots with high stakes and tons of conflicts? Then drama movies are for you. And here’s creme de la creme of this genre. Four Atlanta businessmen and good friends decide to go canoeing in Cahulawassee River for the weekend before it gets dammed.

But once they arrive in rural Georgia, the four friends realize they’re not particularly welcome here.

Throughout their canoeing trip, the group will be ambushed on several occasions by the mountain men trying to kill them.

Between angry locals and dangerous river rapids, the four friends will fight for their survival throughout their seamlessly safe trip. The main character, Christopher McCandless, graduates from Emory University as a top student and athlete.

But instead of pursuing a career, he decides to give his entire savings to charity, leave his privileged life behind and head out to Alaska and experience living in the wilderness.

His solo trip quickly turns into a majestic exploration journey.

Along the way, he meets people who are also escaping something from their pasts and looking for a new purpose.

Together, all those encounters shape him in a more meaningful way than any other experience in his whole life. While guarding trappers through what is now Dakota, Hugh Glass and the crew was attacked by Arikara war party who’s searching for the leader’s kidnapped daughter and willing to kill anyone in their way.

After losing some of the men, John Fitzgerald, one of the trappers who’s not fond of Glass, plants the seed of dissent between the crew.

After barely surviving the attack of the bear, Glass is left for dead by members, with Fitzerald, one other member and Glass’ son making him company until his time comes.

However, the plot unfolds when Glass makes it out and, fueled by vengeance, pulls himself out of the mountains to track down Fitzgerald. Chuck Noland, a systems analyst executive at FedEx, travels to Malaysia to resolve a work problem.

However, a plane gets into a storm and crashed into the Pacific Ocean.

Nolan, who’s the only survivor, escapes in an inflatable life raft and washes up on the coast of an inhabited island.

Here, he remains for years, with the only friend being a volleyball ball named Wilson.

The movie follows Noland’s journey as he’s faced with the emotional acceptance of inescapable isolation.

The Call of the Wild Based on Jack London’s novel of the same name, the movie tells the story of Buck, a dog that was kidnapped from California and brought to Yukon, where he’s sold as a sled dog.

There, Buck is forced to adapt to new life, while his primitive instincts bring him to become the sled leader. After a free-floating container collides and rammed his sailboat, a veteran mariner finds himself in the middle of the Indian Ocean without radio or navigation and only in the mercy of the ocean currents.

In order to survive, the man has to improvise and find a way to remain hydrated and fed until someone finds him. This movie tells a true story of a mountaineer Aron Ralston going on a hiking adventure in Utah.

Not telling anyone about his whereabouts seemed like no big of a deal at that time, but soon did he realize what a great mistake that was after getting trapped when a boulder falls on his arm and with no way to to get help.

Ralston records a video diary while trying to set himself free, as a way of maintaining morale and sanity when all hope seems to be lost. After losing her mother and going through a tough divorce, Cheryl Strayed decides to go on a solo 1,100-mile hike on the Pacific Crest Trail.

She has no outdoor experience, but she believes this trip is what she needs to put her life back again.

Throughout her trip, she proves that determination is all she needs to succeed.

Many wilderness movies are inspired by true stories. But there are also some great non-fictional motion-pictures that depict real journeys of certain adventurers. The two mountaineers were successful in their endeavor, however, the descend turns out to be much harder due to the unexpected storm.

After landing awkwardly from a fall, Simpson suffers a heavily broken leg.

Unable to walk on his own, Yakes must help Simpson go down the mountain.

Following a few very dangerous experiences, Yakes must decide whether to leave his friend behind and save his life or lead both to almost certain death. The documentary shows a professional rock climber on his quest to climb alone on El Capitan in Yosemite National Park.

Aside from the actual attempt, the movie also touches on his preparation, both physical and mental.

The ascend is already a challenge, but doing it in front of the cameras is a whole other story for this young climber. But this documentary isn’t just recounting her incredible record-breaking trip, but also portraying how a girl becomes a woman throughout such an endeavor, as well as the legal and personal battles she endured at home. At 52, Slovenian swimmer Martin Strel became the first man to swim the entire 3,300-mile length of the Amazon River.

His endeavor made headlines, both for his record-breaking swim and the psychological troubles he faces along the way.

Sometimes, we just want an easy-going movie that makes us laugh.

While some of these movies might not have high rankings on popular movie critic websites, that doesn’t mean they aren’t going to keep you entertained for hours. Chicago natives, Chet and Connie Ripley, decide to take their kids to the lake resort in Wisconsin for the summer.

However, a seemingly enjoyable outdoor trip soon turns into a nightmare when Chet’s brother-in-law appears with his family.

As icing on the cake, a seemingly endless series of misfortunes doesn’t give them a break throughout the whole movie. After their owners temporarily relocate for their jobs, the three pets – Chance the Bulldog, Shadow the Golden Retriever and Sassy the Himalayan cat – are left on a ranch with just their neighbor looking out for them.

However, the trio decides to find their family, so they embark on a long trip through the mountainous wilderness of the Sierra Nevada.

On their quest, they encounter many dangerous situations, but soon they realize that everything is easier in a group.

A Walk in the Woods This biographical comedy follows a 60-year old Bill Bryson and his old friend embarking a hike through the Appalachian Trail.

Due to their age and physical conditions, the two men realize walking the entire thing is practically impossible.

That’s when they decide to take a shortcut and go through the “for experienced hikers only” zone.

Finally, let’s end the day on a juicy note. There aren’t a lot of great romance outdoor movies out there, abut the few we’ll list here are definitely worth your time.

Great for a romantic movie date! Tami and Richard, a young couple of sailors, accepts the job of transporting a yacht 4000 miles from Tahiti all the way to San Diego.

For $10,000, that seemed like a great deal. However, little did they know that a hurricane will get in their way across the Pacific Ocean, and their dream trip will quickly turn into a nightmare.

Joe Versus the Volcano After being diagnosed with an incurable disease and with only a few months to live, Joe Banks accepts the offer to travel to an island in the South Pacific and throw himself into a volcano in order to appease the volcano god.

After all, he’s got nothing to lose. However, the things and people he encounters on his way show him that there’s still something to hope for.

There you have it – a list of the best wilderness movies made to this date.

There’s something for everyone, so whatever your favorite genre is, there’s a great movie for you to see.