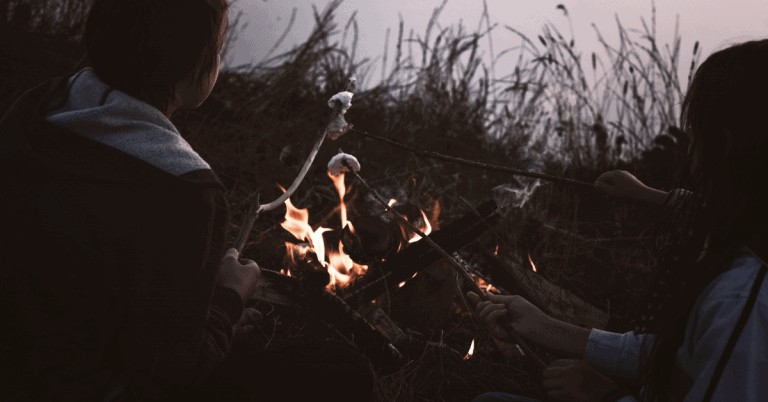 Telling spooky stories around the campfire while you’re toasting marshmallows is one of the best parts of a camping trip for any kid.

But don’t be fooled – it can be tricky business.

So it’s a delicate balance, and finding the right story isn’t always easy.

To help you out, I’ve gathered some great campfire stories for kids that are just the right balance of creepy and fun. I’ve included some milder stories for younger kids, as well as some scarier ones for the big kids. 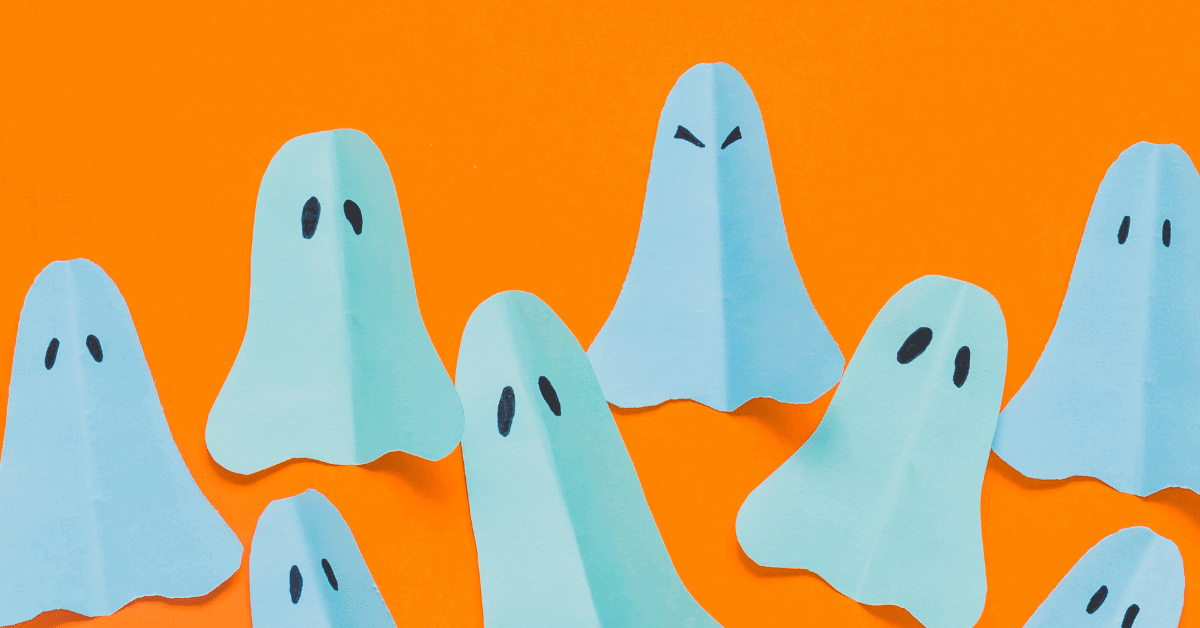 To start off with, here are some great stories for the little ones who aren’t quite ready for any blood and gore yet.

These stories are spooky and a little bit creepy, but they’re also kind of funny. There are scary themes, but they don’t go into any gory details that’ll keep your kids up at night.

If you’ve got really young kids that you don’t want to freak out with scary stories, you can still tell them a ghost story around the campfire. In fact, lots of ghost stories are funnier than they are scary.

A great example of this is The Underpants. It’s a story about an old man who always wore two pairs of underpants, but was buried wearing just the one pair when he died. Naturally, his ghost wouldn’t rest until he got a hold of a second pair.

The tale of the Bear Lake Monster originates in Utah. It’s an old folktale and it’s one of my absolute favorites to tell around the campfire, because it can be enjoyed by kids of all ages.

It won’t scare your little ones too much, but it’s still a great ghost story for the older kids too.

If you’re camping near a lake, you can substitute Bear Lake with the name of the lake you’re close to. It’ll definitely make the story more chilling, if that’s what you’re going for.

This one definitely leans more on the comedy side, but definitely still keeps it creepy.

Yellow Ribbon is an intriguing story about a girl who always wears a yellow ribbon around her neck, and a boy who pretty much spends his entire life trying to figure out why.

The story actually doesn’t get scary at all until the very end. But when you find out why the girl always wears a yellow ribbon, you’ll see why this one definitely belongs in the scary story category.

Never Mind Them Watermelons is a great spooky campfire story for young kids, because it isn’t so scary that they won’t be able to fall asleep afterwards.

Instead, it combines spookiness with comedy, so your little ones will be giggling by the end of it, rather than shaking in their socks.

It’s about an old man called Sam who doesn’t believe in ghosts spending the night in a haunted house. His friend said he’d give him a wagonload of watermelons if he lasted the entire night.

Do you think old man Sam made it?

Well, you can probably guess from the title.

If your kids can handle a theme that’s slightly bloodier, Old Bill is a great ghost story that’s a little bit more intense than the last four.

It’s about a ruthless captain that murders a crew member, only to be haunted by his ghost to the point where he throws himself overboard to escape.

3 Terrifying Tales For The Older Kids 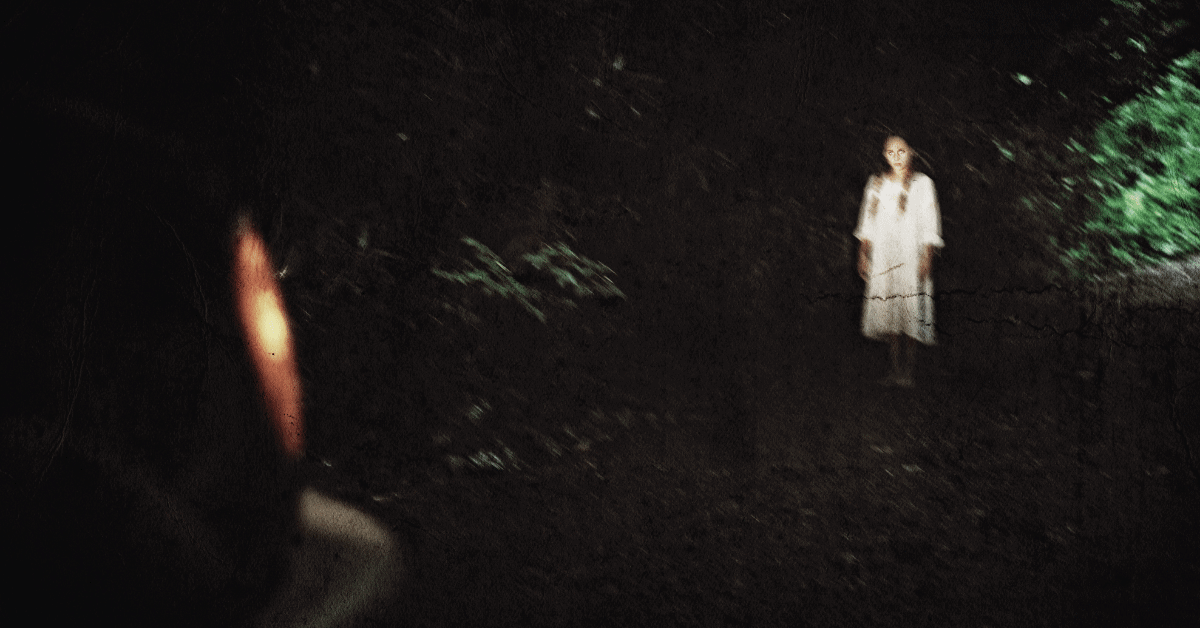 Now, if your kids are a little bit older, the stories above probably won’t cut it.

You’re going to need some better ammo to get the hair standing up on their spine. The following tales are one step up. They’re a lot creepier, and a whole lot more gruesome.

This one comes from Ontario, and it’s my nephew Jayden’s favorite. I’d say it has something to do with how gruesome it is. You know how boys are – they tend to like that kind of thing.

Where’s My Liver is a hair-raisingly creepy tale of a little boy who forgets to buy liver from the store for his mother. To avoid punishment, he digs up the grave of his recently deceased uncle and takes his liver home to his mother to cook for a dinner party.

And if you think that’s scary, just wait until the uncle’s ghost comes looking for revenge.

The Thing is based on a Nova Scotian folktale. It’s a bit too gory and gruesome for younger kids, but older kids who enjoy that kind of thing will dig it.

It’s about two young boys who spot a terribly deformed creature in a cornfield. “The thing” attacks them and although they manage to escape, one of the boys becomes ill and starts turning into the terrifying creature.

This one is definitely by far the darkest story in this article, if you ask me. It’s definitely one I’d keep reserved for the big kids – and even then I’d be cautious.

La Llorona is a Latin American folk tale about the ghost of a woman who wails, mourning her drowned children. There are quite a few versions out there and the details vary quite a bit in different parts of South America and the US. 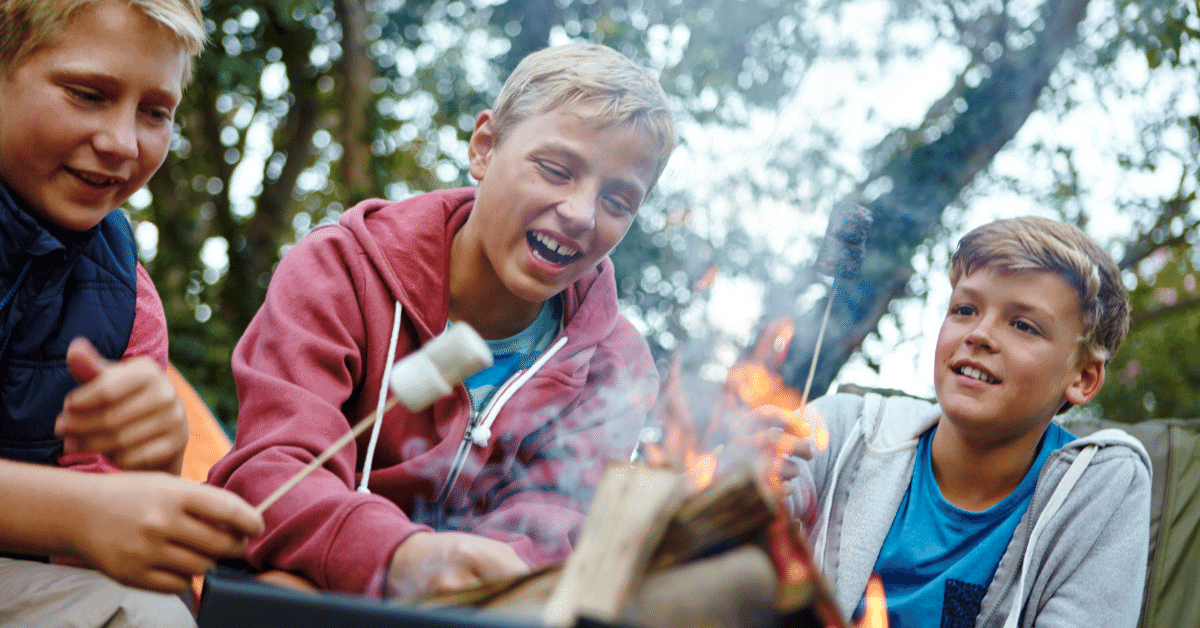 Having a great scary story isn’t enough. It’s all about how you deliver it.

There are a few things you can do to up your game when it comes to spooky campfire storytelling.

First of all, find the right tone. The tone you use to tell a story can make a huge difference in how scary it comes off.

Now, which kind of tone you should go for depends on what you’re trying to achieve.

If you want to make a story scarier, you want to speak slowly in a low, almost raspy voice. Take long pauses for dramatic effect, and use your voice to emphasize the scary bits.

Shifting your volume at certain points in the story can also make it a whole lot scarier. If you build up to a scary part quietly, then raise your volume for the climax, it’ll more than likely make your audience jump.

On the other hand, if you want to make a story less scary, you’ll want to use a different tone altogether. Use your voice to add a comic spin on things by giving the characters funny voices. Focus on the funny parts of the story, rather than the scary bits.

And, finally, if you see that your kids are getting too spooked out – abort mission!

Stick to s’mores and campfire songs until they’re old enough to take it on board. Even stories that aren’t all that scary can be enough to make some kids uncomfortable, so just be aware of that.

Hopefully your little ones will enjoy some of these campfire stories for kids.

And hey, you can always come up with your own, too. Sometimes scary stories made up on the spot turn out to be the best. Plus, having the kids come up with their own stories is a great way to awaken their imagination.

Remember to keep an eye on their responses and tone it down if you see that they’re getting really scared. If you go too far, you’ll be up all night consoling them.

And if you want to whip up some tasty treats to chow down while you’re telling stories, check out this article we wrote on campfire cooking.

More: The Ultimate List Of 65+ Camping Activities You Need To Try