If you’re in a hurry, then the SABRE Frontiersman is your best bet.

It’s 50% stronger than even the most potent police-grade pepper spray and has a range of 35 feet.

However, if you have a few minutes to learn more about bear sprays, then read on for the five best bear sprays of 2021.

SABRE’s Frontiersman bear spray is one of the highest-rated options out there with over 1,000 five-star reviews, and it’s not hard to see why. First of all, it’s a bit more affordable than its competitors. Still, the price difference isn’t the only reason why this bear spray is so popular.

The reason why SABRE users love this product is that it’s stopping power is “enough to make me sleep well at night.” It’s that strong.

My friends often ask me just how powerful this spray is. I simply tell them what the manufacturer puts on the label, which is 2.0% major capsaicinoids. If that number doesn’t mean anything to you, you’re not alone. Many beginner campers don’t fully grasp its power from a percentage alone.

That’s when I tell them that this bear spray is 50% stronger than SABRE’s most forceful police pepper spray. I don’t care if you’re a newbie to the outdoors or a veteran of the wild, anyone can get behind that power. If it’s good enough for the cops, it’s good enough for me.

Best for: Hikers going into the wilderness who want the most bang (literally) for their buck.

Much like the Frontiersman, you’ll be happy to know that this bear spray also comes with a holster. I’m personally a big fan of the nylon and metal construction of Guard Alaska’s holster since it can take a beating without showing any signs of wear.

If you’re going for pure power, you might be better off with the SABRE since the Alaska only has a 1.34% concentration. That’s a bit lighter than the 2.0% you get with the Frontiersman. Also, its range is lower at 20 feet.

Those who don’t mind the lower concentration should have no problems with this model. That’s especially true since it’s been endorsed by the Alaska Science & Technology Foundation. They say it works against all species, and I tend to agree!

It’s also EPA-approved, so you don’t have to worry about leaving a negative mark on the lands you explore. After all, my friends and I like to leave the areas we camp on just as beautiful as when we first arrived.

The last thing about the lower spray concentration is that it might benefit some of you. In my experience, a lower concentration can be helpful for families. You don’t want little Timmy breaking into your bag and blasting himself with a super powerful spray.

Best for: Campers who want more sprays per can, and aren’t as concerned about power.

Let me start by saying that SABRE’s 35-foot range is already more than enough for most situations. Still, if you’re looking for the maximum range and want to feel like a bear spray sniper, there’s no beating the Counter Assault.

The main draw of this spray is that it’s effective on targets up to 40 feet away. That extra five feet may not make a difference in most scenarios, but the added distance may just save your life if a giant bear is charging at you from afar. The range also reduces the odds of you missing with a premature panic spray.

This spray uses the same 2.0% concentration for its formula, tying the Frontiersman. While the range and power are definitely up to par, I have some issues with its design.

As a father of two, I’m always cautious with dangerous items that look like toys. It might just be me, but this spray’s handle and color scheme make it look like a toy fire extinguisher. Those camping with kids may want to wrap it in electrical tape to avoid any mistaken accidents.

Best for: Those who are traversing open areas, who want maximum range in the event of a threat.

On paper, it would seem like the Super Magnum is a strong competitor against the SABRE Frontiersman. They have an equal range and share the 2.0% concentration in their formulas. Despite this, there’s still a massive disparity in popularity. Why?

One of the main reasons for this is the fact that the Super Magnum bear spray got a bit of a bad rap after an Alaskan buyer had one can explode in his car. To be fair to UDAP, it was a 65 ℉ day, so not exactly the “cool, dry place” that manufacturers suggest.

For the most part, it seems like the combustion incident was an isolated case. I still wouldn’t recommend leaving your bear spray in the car, though, which applies to all brands. Not only would it risk an explosion, but you should always keep the spray on you in case a bear arrives.

Explosions aside, this spray was actually developed by a bear attack survivor. So, at least you know their founder has a little bit of skin in the game when it comes to producing reliable products.

Best for: UDAP fans who are looking for a longer-range alternative to the Safety Orange.

Speaking of the Safety Orange, this spray is far more prevalent amongst U.D.A.P. customers, with roughly 10x more sales. While its range isn’t as impressive (at only 30 feet), this product’s flawless reputation is enough to sway most buyers.

It also keeps up with other sprays thanks to its 2.0% concentrated formula, so you don’t have to worry about it falling short when a real threat arrives. Unlike some cheaper holsters, UDAP’s is well-made and makes it super easy to draw your spray in a split second.

The product comes in a few color variations, but I prefer the orange version for two reasons: 1. It stays true to the product name, and 2. It’s easier to spot in low light. Those who prefer an all-black loadout will be happy to find that color scheme available too.

Those who are new to the outdoor lifestyle will like this bear spray since it comes with a 32-page booklet on bear safety tips. Seeing as this an actual survivor wrote this booklet, there’s no doubt that the info inside will help you out.

Best for: Campers who need a reliable, easy-to-spot spray that they can draw at a moment’s notice. 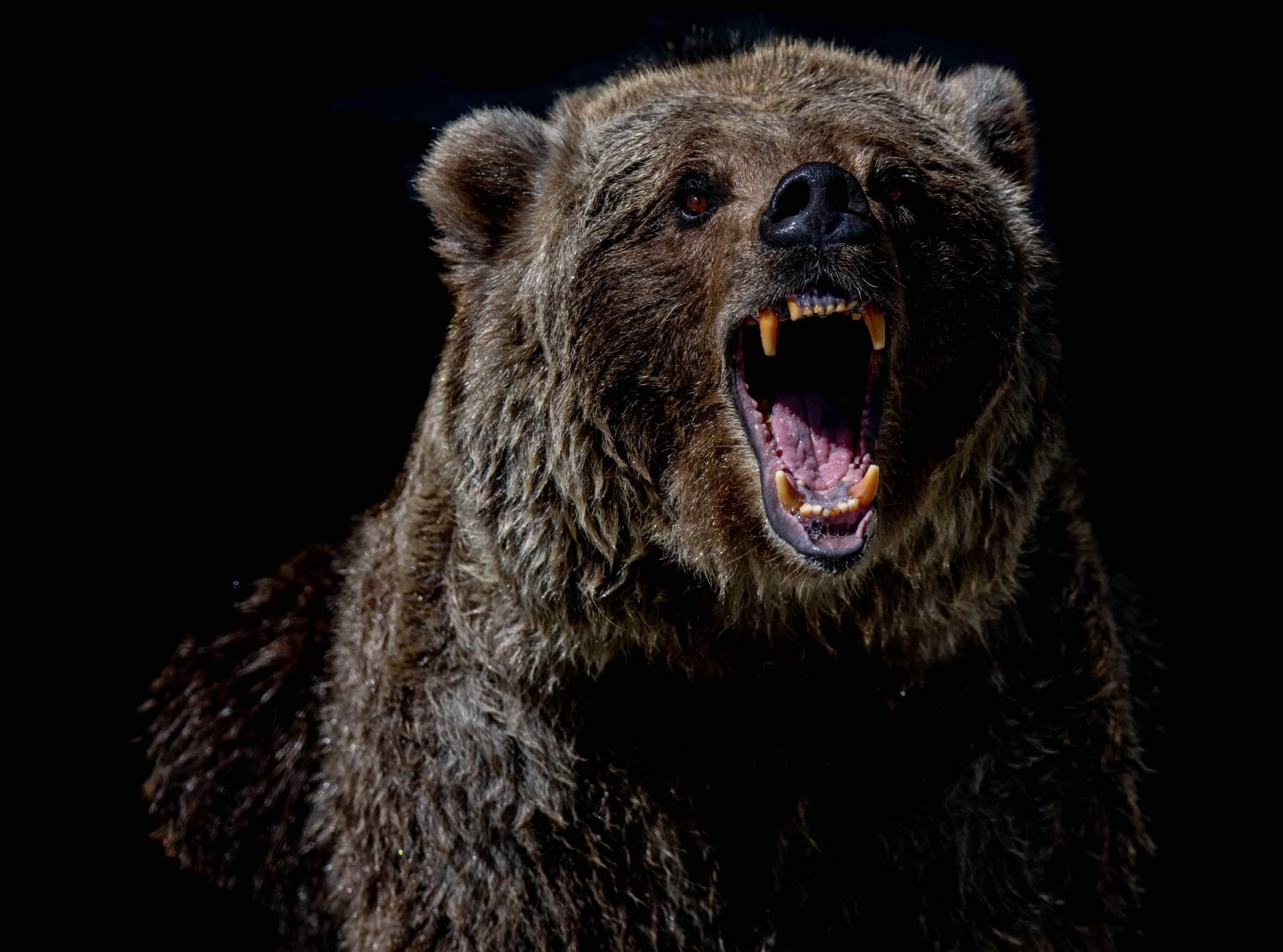 Now that I’ve shown you some of the best sprays money can buy, you probably have a few more questions. Fear not – because the following guide should cover most of your concerns and help you finalize your buying decision.

The first thing you need to think about when picking which spray is right for you is your primary use case. If your destination is grizzly-infested, then you’ll want a highly-concentrated formula.

If you’re more concerned about stray dogs than full-size bears, you’ll get away with more diluted solutions. Your needs don’t require as much power or range.

Most incidents with rabid dogs occur in an urban setting, which means you won’t really get to utilize the range of a 30-foot or 40-foot spray fully. Bears, however, could start charging from a further distance, which is when you’d want a sniper-like product.

While power and range are all well and good, it won’t make any difference at the end of the day if you can’t even get your bear spray out when you need it most. This is why accessibility is such an important thing to consider.

As a matter of fact, many friends of mine will borrow my bear spray holsters so they can test each one out to see which one works best for them. The sight of grown men wearing six holsters at once may be amusing to you, but they’re right to compare their options proactively.

Ideally, you’d want a holster that lets you easily pull your bear spray out. It should be tight enough that the product won’t fall out on its own but loose enough that you don’t have to yank it out. Avoid holsters with an excessive number of straps as well since these can get in the way.

Beyond the holster itself, you want a bear spray with a high-contrast color scheme like yellow or orange. Hence, it’s easier to spot in low-light situations. Finding one with a glowing safety clip like some of the products we covered above would also be wise.

When encountering a bear, don’t run away while drawing your bear spray. While you might think running will allow you to grab your weapon faster, that’s unfortunately wrong. Running will aggravate the bear, and it’s likely he’ll outrun you.

Instead, remain calm and then ensure there are no obstructions between your hand and the bear spray. Slowly draw the can while avoiding sudden movements and minimizing noise. If the bear is charging, you should spray ahead of it, so it runs right through the cloud.

Take note; the wind will likely get some bear spray on you. But, avoid panicking as I can guarantee that getting mauled will be a whole lot more painful. Look away when you spray or use your arm to cover the blowback.

Lastly, always check the expiration date on your bear spray and never leave it in a hot vehicle.

In my expert opinion, you simply can’t beat the value that the SABRE Frontiersman provides. From its concentrated formula to its long-range, the performance is on point. Add in its massive bursting power (that lets you discharge almost two ounces per second), this one is a no-brainer.

That being said, I’m not the be all end all in the bear spray industry, so choose whichever one makes you feel safest. There’s not a whole lot of price variation for this particular product, which means a lot of it ultimately comes down to preference.

Happy camping, and bear in mind that you can never be too careful! 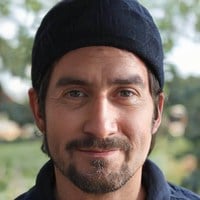 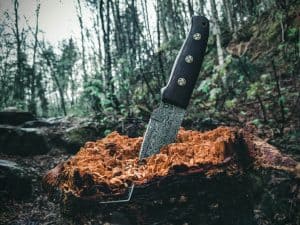 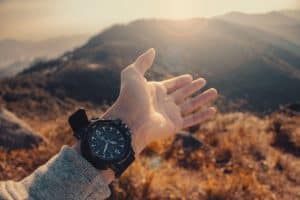 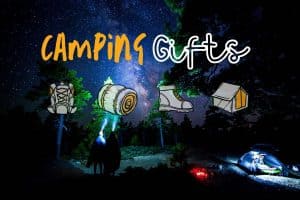