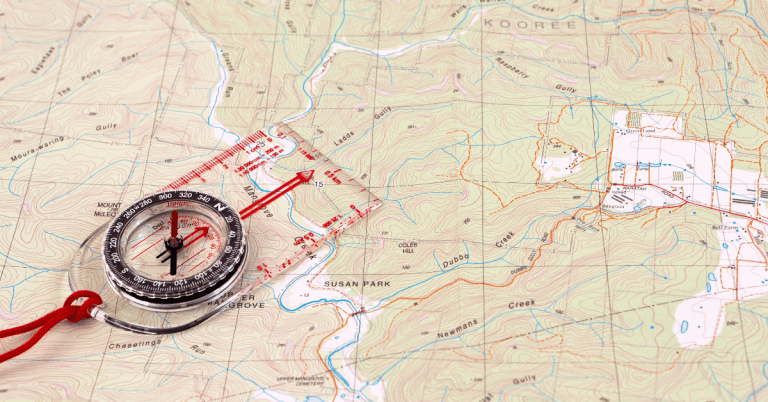 Today, the old school method of using topo maps is forgotten in favor of GPS apps.

But what would you do out in the wild, with your battery dead and no reception?

Old school or not, knowing how to read a topographic map is a worthy skill. You’ll be able to stay on course, regardless of the weather, terrain, reception or the Earth’s magnetic field.

So if you want to be the coolest person in your hiking group, read on!

A topographical map gives you, a hiker, all the necessary information of the trail you’re on.

Going up to the mountain top?

A map will tell you how high of a climb is ahead of you, at every point of the road, and more.

Topographic maps might look confusing at first glance. But once you learn how to read them, they give you in-depth info about a certain region’s geographical features.

They’re designed for people like you and me, who want to know more about the topographic profile of the area they’re hiking through.

Parts Of A Topo Map

Not going to lie – I was overwhelmed the first time I picked up a topo map. All those circles and numbers look quite confusing at first.

But trust me, it’s way easier than you think.

To show you what I mean, I’ll go over each part of a topo map in detail. 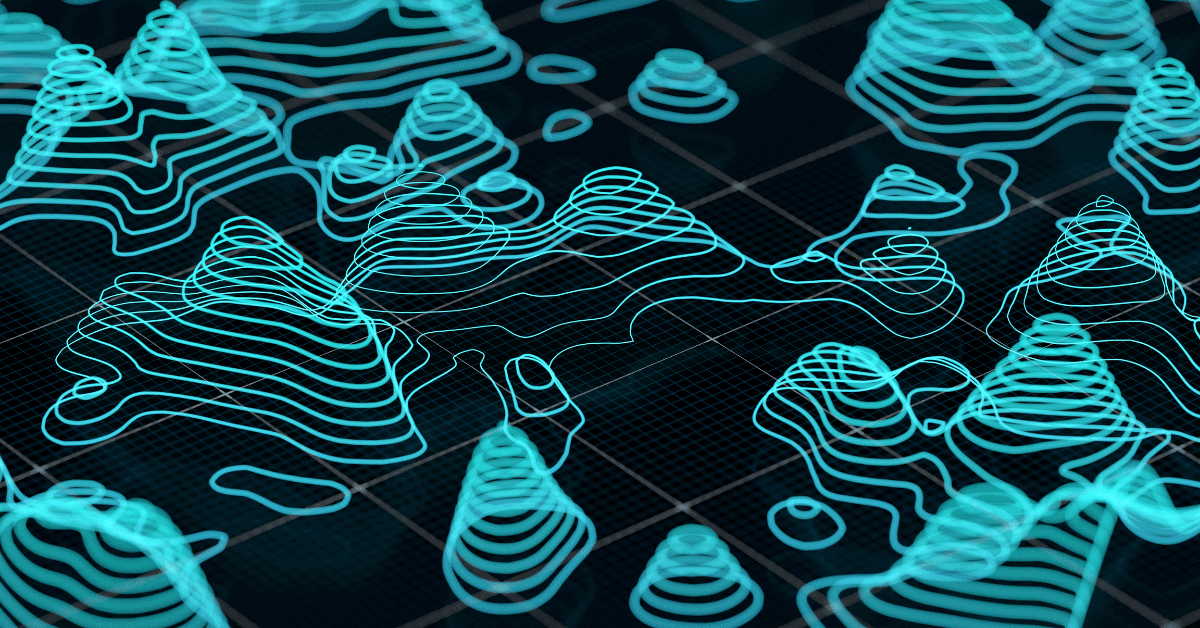 To put it simply, contour lines show the layout of the terrain. By that, I mean hills, slopes, elevations and depressions.

They give you a rough idea of what to expect on your trail.

Contour lines connect areas with equal elevation. So for instance, a large mountain will appear as a tight group of lines with a tiny circle at the center – this represents the peak. Basically, it’s a bird’s eye view of a mountain with elevation change.

The closer contour lines are one to another, the more steep the slope is.

You’ve probably noticed that, on a map, every fifth contour line is bolded and features a number. This is an index contour, and the number shows elevation.

Topographic maps are simple, yet they give you all the information you need for hiking. For example, the elevation difference between each contour line is the same. This spacing is known as the contour interval, and is indicated in the map’s legend.

On a topographic map, grids are parallel lines that intersect at right angles and form a squared pattern. What grids do is help you identify a precise location.

Grids are equally spaced across the map, and the coordinate value is indicated somewhere along the edge.

You can find northing values along the east and west edges of the map, while easting values can be read on either the north or south edge.

Your coordinates can be determined by simply projecting your location to the nearest grid line and reading the corresponding values.

A map legend explains what the symbols and colors on the map mean.

In other words, it helps you read the map. Depending on the size of the map, the legend can be rather basic or very in-depth about different objects and points of interest.

Topo maps use some basic coloring to indicate the difference in landscape.

When it comes to vegetation, different shades of green might be used to indicate the density of flora in a certain area.

First, they include topographic map symbols that represent man-made features. These would be buildings, streets, boundaries, railroads etc.

But they also tell you a lot about the landscape and vegetation. Woods, caves, coral reefs, shifting sands, rice fields… You name it.

Everything that’s on the trail is on the map, too. 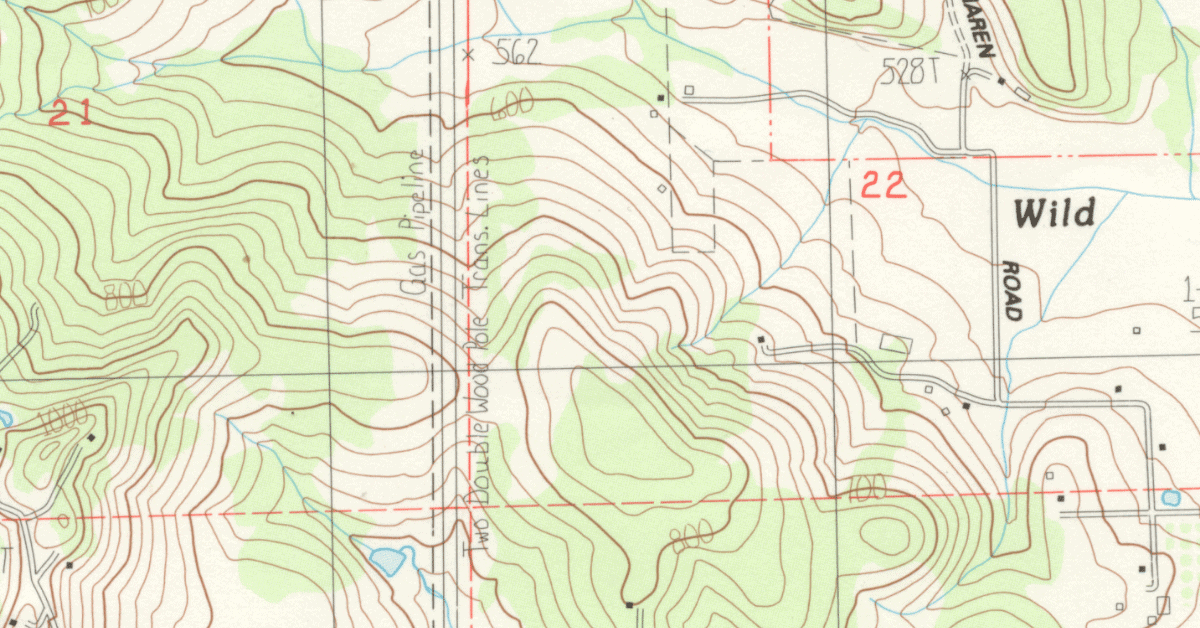 The importance of a map scale lies in the fact that it shows how detailed your topo map is.

A map with a 1:78000 scale would be considered a small-scale map. This means it depicts a larger surface in less detail.

Did you know that a compass doesn’t exactly point towards the North Pole?

As you probably know, Earth is one giant magnet. A compass is designed to point towards its magnetic pole, which changes over time in response to changes in the Earth’s magnetic core.

Geographic and magnetic north poles do align at some point, but that only occurs once every few centuries, at most.

The angle on the horizontal plane between these two north poles is called magnetic declination.

Declination is usually shown either on the bottom margin or on the map itself. So before heading out for a hike, make sure to adjust your compass accordingly.

But keep in mind that declination changes over time, so check the publishing date of your map first.

Hiking With A Topo Map 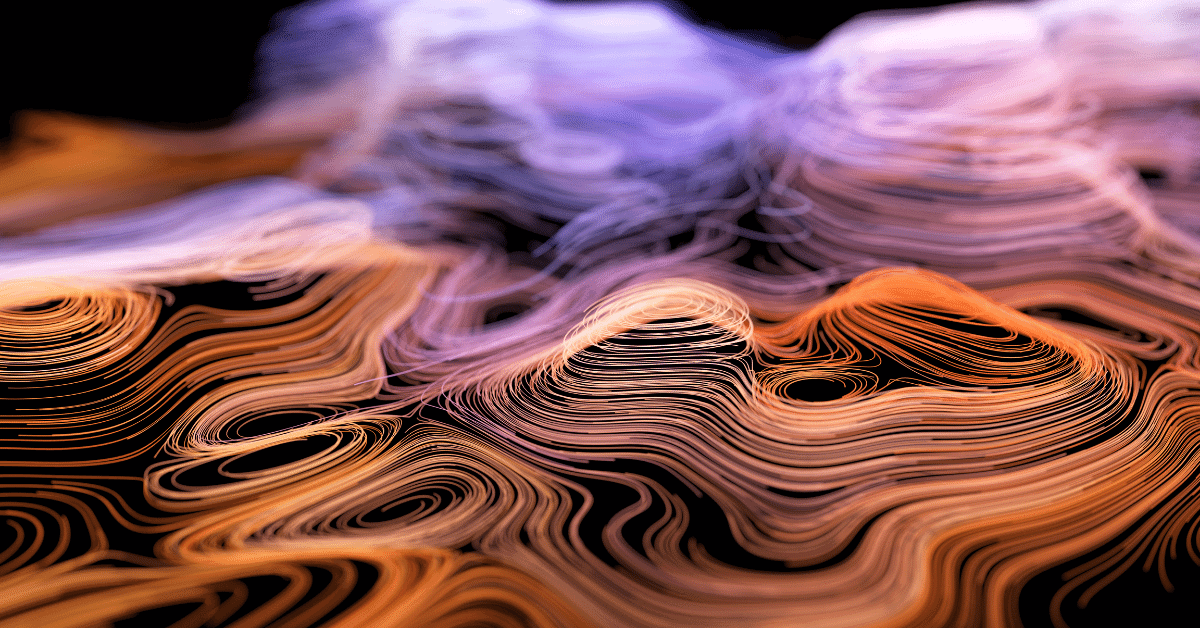 Now that you know how to read a topographic map, it’s time to put your new skill to practice.

Once you’re out in the wilderness, the first step is locating yourself. To do that, you need to correlate what you see on the map with what you see around you.

This is called taking a magnetic bearing.

I’ll assume you’ve already adjusted the compass declination per the map’s instructions. Now you need to take a magnetic bearing of certain prominent landmarks, be it river, mountain peak or road, that you can identify on a map.

Hold your compass flat in such a way that the travel arrow is pointing away from you and directly at the designated landmark. Next, rotate the compass bezel until the magnetized needle is lined up with the orienting arrow. Then, read the bearing you’ve captured.

Now lay down your map and place your compass on the map so that the travel arrow is pointing at the landmark. Align the compass sides and slowly rotate it so that the magnetic needle is pointing towards north, right over the orienting arrow.

Draw a straight line starting from that landmark, and you’re somewhere along that line. To find the exact spot, pick another landmark at a 90 degree angle and repeat the whole process. The point where the lines cross over is your location.

Now that you know where you are, you can choose where to go next and enjoy everything there is on the trail. With a little help from the map legend, you won’t miss any cool or important landmarks in the area.

Where Can You Find A Topo Map?

The United States Geological Survey was founded in 1879, and they have been a primary mapping service ever since. They’re best known for their 1:24,000-scale topographic maps, and they created over 55,000 maps of areas in 48 states (excluding Hawaii and Alaska).

USGS maps are free and you can get them in different formats. They’re updated every three years, so you can expect them to be impeccably accurate.

You can also find maps of different local government agencies. National and state parks, as well as other public places, tend to make maps of their lands. These are usually found on their websites.

Nowadays, private companies also make topo maps. Take National Geographic for example. They have a rather large collection of maps of recreational areas across the States.

Now that you know how to read a topographic map, you can rest assured you’ll never be confused about your current position or travel direction again.

All that time you’d otherwise waste trying to locate yourself on the map, you can now spend enjoying the great outdoors.